You can see and hear a lot of music, but also for the first time scenes from the backstage area, which are usually withheld from concert visitors. The recordings were made in mid-December 2020 in the currently unused Forum Wasserturm in Meerbusch, where we were allowed to set up for a few days.

So make yourself comfortable on the sofa, take something to nibble on and switch on the computer from 27.12. at 12 o'clock. We are looking forward to your visit!

The "entrance" is of course free!

However, if you would like to make an entrance fee or a donation, you can do so by using PayPal: 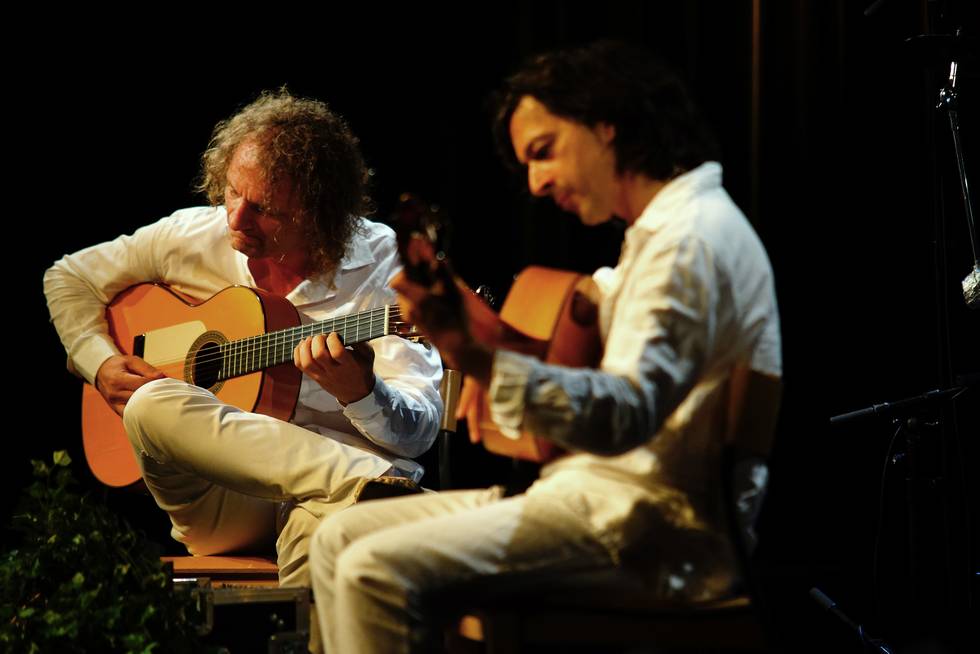 Since the foundation of Tierra Negra in 1997, the two guitarists Raughi Ebert and Leo Henrichs can look back on an extraordinary international career. Their first concert took place in Montreal, Canada, and immediately resulted in a record deal with Canada's largest indie label.

The international success of their music brought concerts in many different countries. Tierra Negra has performed at the many major guitar festivals in the USA and has given master class workshops at the universities of Chicago, Peoria, Malibu and the Los Angeles Music Academy. Together with Nashville-born guitarist Muriel Anderson, they toured sixteen times through a total of thirty states in the USA.

Tierra Negra also performed in Asia. For example to the "International Fingerstyle Guitar Festival" in the renowned Oriental Music Hall in Shanghai, to Singapore and Seoul in South Korea.

In the meantime Tierra Negra has released a total of fifteen CDs. Releases of their compositions have appeared on all relevant guitar compilations. They created film and television music for public television in Germany.

In spring 2001, Tierra Negra presented the "Tierra Negra Guitar" for the first time at the International Frankfurt Music Fair, which went on sale in the same year. Since 2005 the GIPSY KINGS have been performing exclusively with these guitars, designed by Tierra Negra themselves. Only recently the new Tierra Negra guitar model "Campfire" had its trade premiere at the Musikmesse Frankfurt in April 2018.